The Board is aware of the ongoing performance issues with the building elevators.  This and previous boards have been telegraphing for some time that our elevators are in need of an overhaul.

As reported at the recent AGM in May, an elevator consultant has been retained to help us assess how to move forward. Since then, the Board has met with the consultant and approved a bid document for the complete modernization of both elevators. The consultant is currently in the process of inviting a number of contractors to bid on the project.

Broadly speaking the earliest that such a project could get underway is next April or May 2018. There is a long lead time required for equipment orders and once the project begins it will take approximately six months to complete. So this will require a lot of patience on the part of all of us.

We will endeavor to keep everyone informed as progress is made. Current estimates suggest an overall project cost of approximately $500,000.  The Board is considering a number of options as to the best way to fund the project assuming that we decide to proceed.

What do you do if the elevators are down?

Email info@huntsmancalgary.com and inform us of the issue you’re having. We are also residents of the building and are often aware of elevator issues. However, there are times when some (or all) of us are not in the building. The best method to ensure prompt attention is paid to a dysfunctional elevator is to simply let us know. If you email us, please specify which elevator is causing the problem and any other things you notice; that way we can coordinate next steps.

Thanks kindly for your patience as we deal with the existing elevators and move toward new ones in 2018,

As a security measure starting Wednesday, September 20, 2017 you will no longer be able to access the building front doors with the old key.  Please make sure you have received and are using the FOB.

We apologize for any inconvenience this may cause and thank you for your attention and co-operation in this regard.

The Board of Directors, The Huntsman

*ACTION NOTICE: Moving forward, we will be disabling the old key-access for the garage doors.*

We’ve had another intruder gain access to the garage (Sept 12 @ 4:51am). To our knowledge, access was only gained to the upper garage area but we advise residents with vehicles on either level check their vehicle and ensure they’re not missing anything.

Please note: the intruders have routinely taken fobs from the vehicles they’re accessing—for the safety of all residents DO NOT LEAVE FOBS IN YOUR VEHICLE as it gives the holder access to the building and the garage. In the event your fob is stolen, notify the Board immediately so we can deactivate it as swiftly as possible.

Getting Additional Fobs: One garage fob has already been issued per unit; if you require an additional garage fob(s), they can be purchased for $75/fob. Please contact the Board to setup a new fob, should you require one.

The Board met with the roofing consultant in June and reviewed the four bids received. Prices were all somewhat higher than the initial guesstimates. After reviewing the bids and considering the advice of the consultant the Board unanimously agreed to award the contract to Titan Roofing Inc. (“Titan”).  The Board will review and execute the contract with Titan shortly…a fixed price contract in the amount of $275,000 plus taxes.

Titan has currently indicated their plan to be on site around mid-September, 2017. They are expecting the project to take four to six weeks. Roofing projects are very weather dependent so that time line may be delayed should the weather not cooperate.

In addition we expect Titan will need to commandeer the front driveway for the duration of the project to accommodate the removal of debris. So the driveway is likely to be out of bounds to residents and guests for that time.

After giving due consideration to the current balance of our Reserve Fund, additional near term capital projects that are upcoming the Board concluded that the roof repair will be fully funded with funds available in the Reserve Fund.

Due to a series of reported roof leaks over the past couple of years the Board took the decision to engage an independent roofing specialist to undertake an inspection and evaluation of the roofing on our building.

Residential Roofing Consultants (Alberta) Ltd. (“RRC”) was retained for this purpose and an inspection report was tabled with the Board last fall. The inspector reported a series of bad past decisions which severely compromises the detection of possible leaks. The current PVC membrane roofing system was installed about 15 years ago and rather than remove the existing system first, it was placed over a separation sheet that was placed over the existing built-up roofing system. The existing roof rock ballast was then re-installed over the new membrane roof. It would appear that these decisions were made as cost saving measures by the developer about the time our building was converted to a condominium project. Due to this layering: (1) leak detection is extremely difficult and costly; and (2) any subsurface or underlying issues such as inadequate insulation or moisture infiltration cannot be identified. The inspector also reported that while the membrane appears to be in fair condition the installation details around the perimeter were poorly finished and were failing in a number of places.  His overall conclusion and recommendation is that the water proofing capabilities of our existing system are severely compromised and, rather than attempting to undertake any possible repairs, a full replacement is the best solution.

The Board has concluded that a full replacement is in the best interests of The Huntsman and further engaged RRC to act as Consultant for the project. RRC has since prepared a detailed bid document and has asked four roofing contractors to bid on the project. The Board is hoping that this work will be undertaken and completed this year. The inspection report suggested a budget in the range of $175,000 to $225,000 to complete the work.

Based on that budget the Board is confident that project can be fully paid for using existing reserve funds.

Rules & Regulations Update: Move In / Out

The Board has reviewed our current practices regarding moves into and out of The Huntsman and recently decided that, going forward, all such moves should be supervised.

We believe this is beneficial in that it will:
(1) Ensure move is properly coordinated with the resident;
(2) Improve building security during the move; and
(3) Allow us to independently identify any damage to common property that may occur during the move.

A private security firm has been retained for this purpose and will be have a security guard in attendance for all scheduled moves.

To defray the cost of this increased supervision we ask that the resident provide a $50 nonrefundable cheque to the security guard in attendance on the day of the move along with the standard damage deposit, a refundable $200 cheque, both made out to ‘Huntsman Condo’.

The changes will take effect October 1, 2017. ‘Rules and Regulations‘ have been updated to reflect these changes. Please read them carefully. We trust that all residents will understand the benefits and abide by the new rules.

The Board always reserves the right to impose monetary fines for noncompliance as it sees fit from time to time.

The painting will be done on the following days, please be sure to clear your vehicle and personal belongings from your level of the parkade during this time:

Neither the Huntsman Condominium Corporation, the Contractor nor Condeau Management will be responsible for any damages from overspray done to vehicles or any personal belongings left in the parking areas during the painting, so again please be sure to remove your vehicle and personal belongings on the day associated with your parkade level.

Thank you for you anticipated cooperation,
The Huntsman Board

Undesirables have been let into the building again which resulted in a few vehicular break-ins in the garage. The individuals were buzzed in, and then given access to the garage by residents.

As a result of these break-ins, we are going to be disabling any garage door remotes that existed prior to the two-button garage/entry fobs. If you require a second garage fob they are $75 each; please contact Gisele from Condeau at gisele@condeau.ca

Security at the Huntsman is every resident’s responsibility:

If you don’t personally know someone do not let them in.

For reference here
are photos of the undesirables… 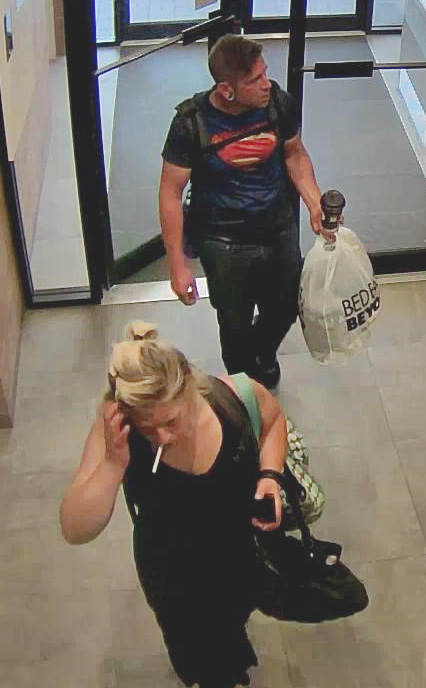 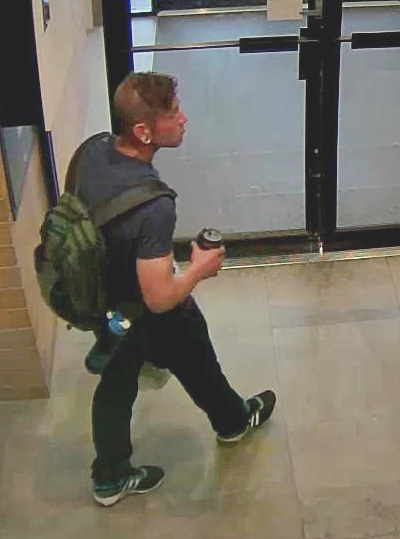 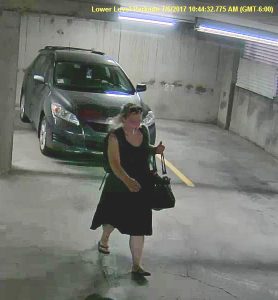 Many buildings in the Beltline including The Huntsman have been targeted recently, some very undesirable people gained access to this building. Criminals will always look for the easiest targets, so let’s all work together to make our building more secure.  The best way to deal with crime is to take every step possible to prevent it from happening in the first place.  Here are a few tips that may help to prevent The Huntsman from being targeted again.

Intruders were able to gain access to the building by tampering with the intercom system.  Steps have been taken to prevent this from happening in the future.  If you see these men in the building please call the police and report it immediately. 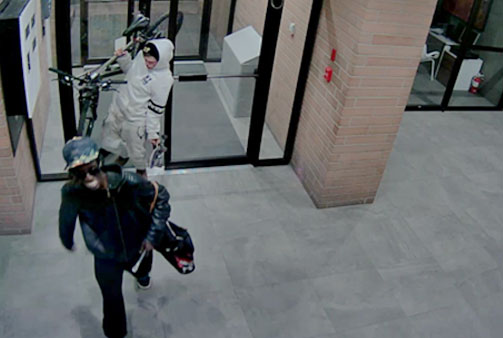 Be prepared, regardless of how secure your apartment is:

Safety is one of the most important aspects that homeowners want to be a part of.  Keeping crime and vandalism rates low or nonexistent is a top priority for your board, but accomplishing this may be more difficult without the help of all residents.

Over the weekend two of the three boilers that provide heat for the building shut down. Trotter & Morton have investigated and are working on repairs, but they anticipate that it will take a number of days to complete. The heaters may be repaired Friday (March 17th) at the earliest; however, it will likely take longer to complete the repairs.

Please be advised there will be limited heat until the system is fully repaired.

We will email residents if/when if there are any changes or updates to this notice.

Thank you for your anticipated co-operation.

The testing will be conducted by Fontier Electric on:

Please be advised that there may be disruptions to the electrical power and elevator service.

On Behalf of the Board of Directors, The Huntsman